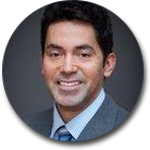 Alberto Salinas has dedicated his practice of law to the areas of immigration, business, wills & probate and personal injury law.  He has also been active in offering pro bono services to indigents in Texas.  Mr. Salinas is the founder and managing member of the Salinas Law Firm.

Mr. Salinas has worked extensively in the areas of immigration & nationality law and business. He has successfully represented clients before the Department of Homeland Security and U.S. Citizenship and Immigration Services (USCIS), as well as through filings with U.S. Consulates around the world. Mr. Salinas has helped many companies and individuals handle an array of immigration cases with a variety of issues including nonimmigrant visas (H-1B, H-2B, E-2, E-3, L-1, P, TN), employment-based and family-based immigrant petitions, permanent residence (green card) applications, naturalization, adjustment of status, deferred action, USCIS RFEs, removal/deportation, immigration appeals and numerous other filings.

Mr. Salinas also provides general counsel services to small and medium sized companies in a wide range of legal issues. He has helped companies ranging from oil and gas to real estate companies in the formation stage, in resolving difficult legal issues, contract preparation and review, international matters and in day-to-day assistance as general counsel.  He has filed lawsuits on behalf of companies and individuals in matters relating to contract disputes, employment, negligence and other business claims.  He has also defended companies and individuals when they have been sued.

Mr. Salinas is fluent in Spanish and strives to serve his clients with creativity, sensitivity and diligence, three qualities that are essential when dealing with legal issues.

Chuck’s legal experience consists of working for several non-profit organizations which serve the indigent community with immigration legal services. Working at these non-profits, he realized how important knowing and having an understanding of the criminal justice system was in effectively representing clients in immigration proceedings.

During his time with the firm, he has researched complex immigration law issues and drafted legal briefs.  He has represented clients before USCIS, EOIR, including bond hearings and interviews before the Asylum office, Immigration courts and processing centers.  He represents businesses and individuals with their immigration needs including employment based visas such as H-1B, L, P, E visas and other work visas.

Chuck is passionate about public service and social justice. He is also actively involved in his church where he performs as a chorus member.

Yudith is originally from Venezuela where she obtained a Bachelor Degree as a Lawyer in 2005.  She has extensive experience in document drafting and legal support.  Yudith supports the law firm in the processing of family based visas, naturalization, waivers, adjustment of status and consular processing.  She also handles the administrative areas of the law firm and supports the organizational development of the firm by improving policies, management and processes among other duties.  She is bilingual in English and Spanish.

Immigration law is very important to her and her family.  Yudith immigrated to the U.S. from Venezuela, and as an immigrant herself, she understands the fear and the struggles many people face due to their immigration status.  That is why Yudith is passionate about helping immigrants, and making sure they obtain high quality assistance that serves their needs.

Isalia supports the law firm in the processing of family based visas, naturalization and consular processing.  She also assists in the administrative areas and organizes, analyzes, and compiles information to support the attorneys.  Isalia works diligently and effectively with our clients, providing the best possible service.  She is bilingual in English and Spanish.